Last time I wrote about how “hate speech” is nowhere found in international human rights law (“IHRL”). I did that in order to clarify that when one considers how IHRL may regulate hate speech, it will have to be done through an interpretation of what is found in human rights treaties, rather than a specific Article which definitively sets out the way to go.  My focus thus far has been on Articles within the ICCPR, and in this post, I’d like to continue specifically with regards to what may be regarded as protected (or “free”) religious speech within IHRL.

The right to freedom of religion or belief is a fundamental right within IHRL. It’s found in the Universal Declaration on Human Rights (“UDHR”) as well as most human rights treaties,[1] including the ICCPR.

Article 18 sets out that: “Everyone shall have the right to freedom of thought, conscience and religion. This right shall include freedom to have or to adopt a religion or belief of [their] choice, and freedom, either individually or in community with others and in public or private, to manifest [their] religion or belief in worship, observance, practice and teaching”.

Accordingly, it’s clear that this is an important right. Moreover, not only does this right include the right to have and practice a religion, but it also protects the right to not have a religion (as that’s a belief too). In this sense, belief and faith and one’s personally held opinions are highly regarded and protected throughout IHRL.

But what about when religious beliefs are used to target or discriminate against others? It’s a protected right – so can, and or should, states get involved?

I would argue that nowhere is this question more pertinent – and controversial – than with regards to so-called “culture wars”: arguments on the apparently inherent conflict between religious freedom rights and the rights of queer, or LGBTIQ+, people.[2]

In this sense, a person may target, persecute, or verbally attack a queer person, and when questioned about it, will feel permitted to argue that they are exercising their right to free religious speech. They may argue that they are quoting from religious scripture or repeating something that they’ve heard during a religious sermon. They could argue that what they said is based on “truth” and if not, that it is protected – even if it’s hateful – because it’s what they believe. The examples that may come to mind at this stage include condemnation preaching (I.e., “you gays are all going to burn in hell”) or dehumanising rhetoric (“God made men and women in his image – transgender persons are mentally ill/fraudulent/perverts” etc).

The damage that such speech does is extensive. And thus, whether it can be seen to be “protected” under the guise of IHRL, and Article 18 more specifically, is what I’m really curious about.[3]

Put another way, is there a line in IHRL between protected/free religious speech, and religiously motivated hate speech which may warrant consequences and state interference?

I should say so, and in a similar line of reasoning to last time, I’m basing this opinion on an Article found in the ICCPR, following the provision which sets out the right to freedom of religion of belief. Article 18(3) sets out that freedom to manifest one’s religion or beliefs may be subject to limitations that are (a) prescribed by law, and (b) necessary for certain aims, including the aim to protect the fundamental rights and freedoms of others.

Thus, whilst one’s inherent right to freedom of religion and to manifest said religion is, and should be, protected; the right to manifest it at the expense of other’s fundamental rights (such as dignity, bodily integrity, and life) is not.

I’m hoping that at this stage you’re starting to see a pattern, yes? If not, let’s do a brief recap:

The rights to freedom of speech and freedom of religion are fundamental human rights protected in IHRL. However, both are able to be limited or restricted for certain aims, including the protection of the rights of others. Now, whether or not this includes protecting queer people remains to be explicitly seen, but that’s the entire point of my PhD and we can continue on what the “rights of others” means next time.

[3] I’m curious about a lot of things, and there are many more examples to consider, but for the sake of this short blog post, bear with me and read my dissertation when I’m done.

Tegan Snyman (she/her) is a South African PhD candidate currently living and researching in the Netherlands, at Erasmus University Rotterdam. She is a Horizon 2020 Marie Sklodowaka-Curie Fellow in the ITN NETHATE and currently interning at IHLIA. In her blog post series, she hopes to discuss findings and challenges of her research project, (working title): “Religiously motivated hate speech targeting queer persons: an international human rights law analysis”. 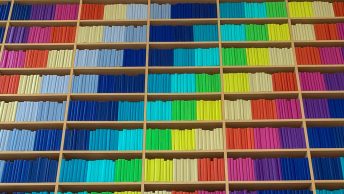 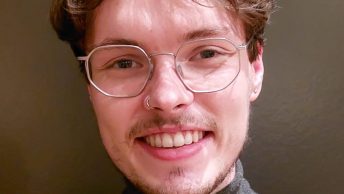