At IHLIA we will be showing the exhibition It Doesn’t Stop at Images by Pablo Lerma from the first week of November.

Lerma has spent the past three years researching the concept of masculinity and the lack of representation of gay men and queer communities in the history of photography.

The exhibition It Doesn’t Stop at Images tells a new story with images from the magazine Homologie (1978-1997) that breaks the stereotype and the ‘cliché’ images of the gay community.

Homologie was a cultural-scientific magazine that published on the history of homosexuality and developments in gay studies.

Pablo Lerma went through this magazine chronologically and selected images that specifically represent the experiences of gay men. Pablo Lerma rearranged and reframed these images into three thematic groups.

In addition to the section on the Homologie magazine from the IHLIA collection, the exhibition also consists of two parts in which the representation of gay men in the USA and in Spain is highlighted.

Pablo was born in the 80s in Spain, has lived in the USA for almost seven years, and in 2019 moved to the Netherlands. He realised his identity in the 90’s, and grew up surrounded by visually stereotypical representations of gay men in mass culture.

Time has passed, but those stereotypes live on. Even the archives that are dedicated to queer legacy often lack alternatives. Take family pictures for example: the genre that bridges generations, creates a sense of belonging, and shapes collective memory; gay community cannot find itself there.

Lerma dedicates his practice to constructing a counter-history of gay men, gay (extended) families, and masculinity. This ultimately resulted in the It Doesn’t Stop at Images exhibition, which he created especially for Pass It On. Private Stories, Public Histories has developed last year. Pass It On is an initiative of FOTODOK.

Now It Doesn’t Stop at Images will be on display at IHLIA from November. Keep an eye on our site for more information about the opening. 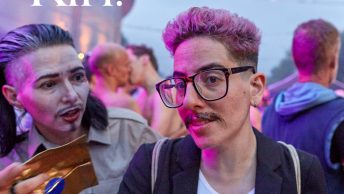 12 June: Drag King programme about what it means to drag up together as a family 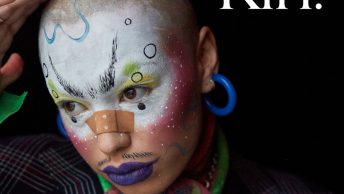 From 19 May: new exhibition Kin.

House of HIV asks for input for exhibition 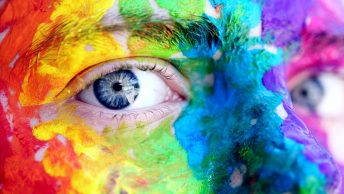 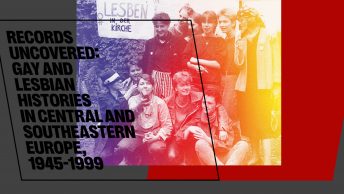 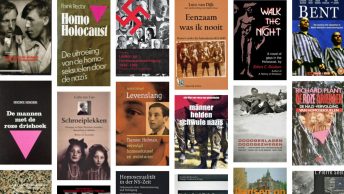